Then & Now: The differences between today’s housing market and 2008’s

When you hear people talk about today’s shifting housing market, they often compare it to the housing crisis in 2008. While there are some comparisons that can be made, what we are experiencing now is a lot different than 15 years ago. In order to dissolve this line of thought, let’s focus on some key variables from then and now.

In 2008, job cuts (net of gains and losses) reached up to 8 million. Present day, job cuts (net of gains and losses) are practically none. There are 20 million more jobs available now than there were in 2008. Subprime loans were also very prevalent in 2008, whereas now they are virtually non-existent. The amount of new construction homes inflating the market in 2008 reached up 7.65 million compared to today’s 4.6 million. Similarly, the inventory in 2008 was as high as 4 million, whereas the inventory now sits between 1-1.2 million. Additionally, mortgage delinquency in 2008 reached 10% while today’s is around 3.6%. Foreclosures in 2008 were up almost 5% compared to .6% in 2022.

What does this mean? We do not have the same market conditions to mimic the housing crisis in 2008. As we see inventory rising and competition lowering, you can expect to see the housing market returning to some sense of normalcy.

The beautifully finished complete remodel of this 3 bed/2 bath property will make you feel like you are moving into... END_OF_DOCUMENT_TOKEN_TO_BE_REPLACED

“Historic 1905 house on Virginia Avenue in the Historic Boulevard District, a locally designated and National Register district, an Athens... END_OF_DOCUMENT_TOKEN_TO_BE_REPLACED

One of the best subdivisions on Athens Westside! 3bd 2 ba. Very Spacious master is down. Master bath has double... END_OF_DOCUMENT_TOKEN_TO_BE_REPLACED

One of the best subdivisions on Athens Westside! 3bd 2 ba. Very Spacious master is down. Master bath has double... END_OF_DOCUMENT_TOKEN_TO_BE_REPLACED 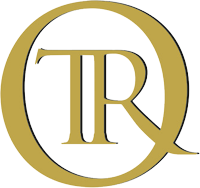